We know that it’s been quite some time since the latest release. But wait no more, the first release candidate of the 0.5.0 is here!

Using Facette with back-ends having thousands of sources and metrics can really slow down its startup process.

Starting with this release, Facette will persist its internal catalog state across restarts to ensure the service is available as quickly as possible when launched.

Along with console and file logging previously available in Facette. It’s now possible to send logging information to a local or a remote Syslog instance.

Keyboard shortcuts support has been added to the front-end. By pressing “?” you’ll be presented a list of available shortcuts to perform basic actions or to jump to different sections of the front-end UI. 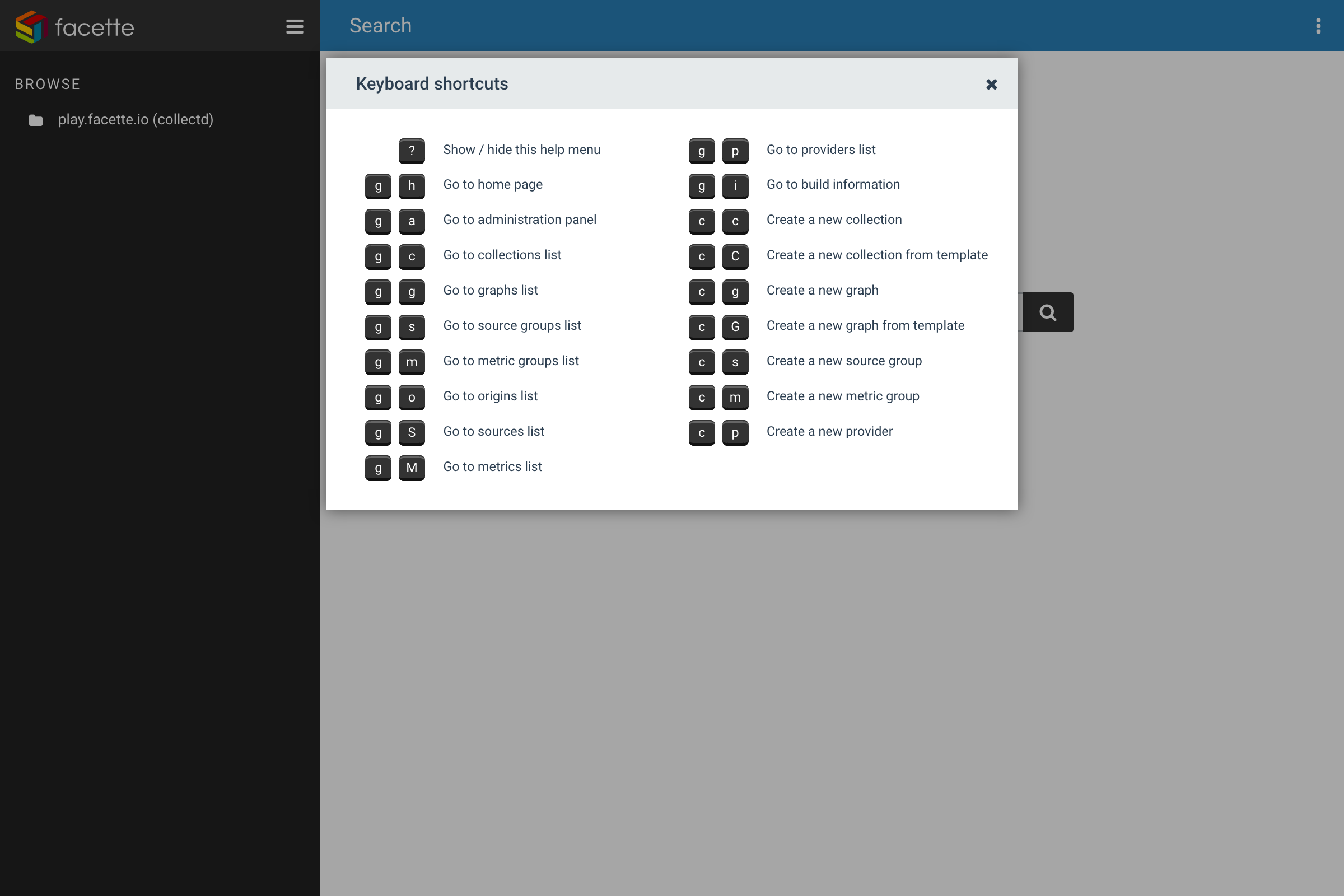 Extreme bounds support has been added to the front-end rendering of graphs. By setting minimum and/or maximum values, you can limit the range of the rendered area.

Aliases in the URLs

As of today, graphs and collections aliases are supported in the URL. This will allow the usage of user friendly URLs instead of Facette’s internal identifiers.

This release comes with a lot of fixes and minor improvements to the front-end side of Facette.

Last but not least, some under-the-hood changes in this release:

Despite our best efforts, you may experience some bugs and problems. Please test it and report any issue at GitHub.

As usual, Linux packages and various pre-compiled versions are available on GitHub and on the Docker Hub.